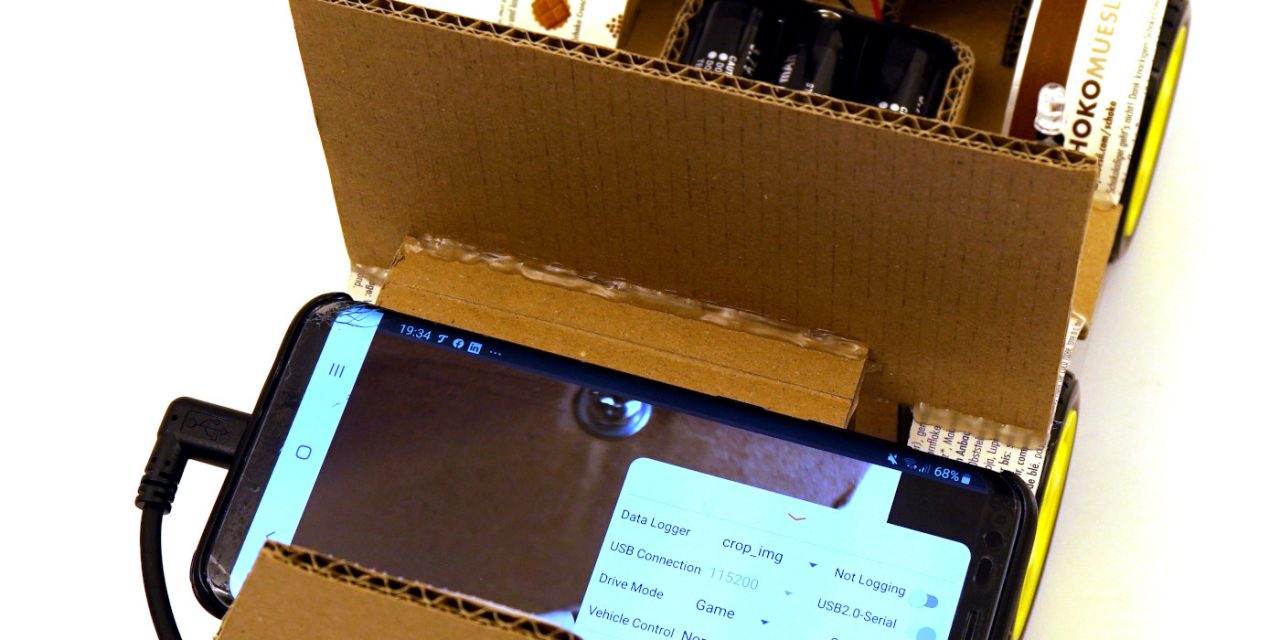 I now assume that the robot car is already driving in NoPhone mode and everything is working so far. Then it is time to install the app on your Android phone. I installed the app on my Samsung Galaxy S8 and let the robot car drive autonomously. This worked quite well even though the S8 got quite warm and I could watch the battery drain. Nevertheless I am thrilled how well it worked out and I really enjoy this project. 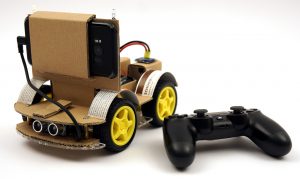 Installing the app on my Android phone was quite easy. I downloaded the latest version from the OpenBot GitHub repository and transferred the file to my smartphone via USB cable. Then I was able to install the app directly. I was just asked if I trust the source.

You can download the app directly from the Openbot project page: OpenBot

The Data Logger function is required if you control the robot car by yourself with e.g. the PS4 controller and want to record training data. This recorded training data is then needed to train your own neural network. There are four functions that can be selected for Data Logging. These are listed and briefly explained below.

With the button to the right of the option the data recording can be started and stopped. If a PS4 controller is connected this option can be activated with the X button.

Using the drop-down box, different transfer speeds of the USB interface can be selected. It is important that the speed configured in the Arduino firmware matches the speed selected in the app. Therefore nothing needs to be changed here and the 115200 is the correct default option. When the smartphone is connected to the Arduino, the app should automatically detect and activate the connection.

In the picture below you can see the message box that my smartphone displays when I connect the smartphone to the Arduino.

Nevertheless you can end the connection with the switch for the USB Conneciton on the right side and also start again if it would be necessary by simply sliding left or right.

Three different modes are available for controlling the robot car with the PS4 controller. Here you have to find the best option for you.

Important: The switch to the right of this option is used to switch between manual control with the joystick and control by the neural network. So if you want the neural network to control the robot car you have to flip the switch. On the PS4 controller you use the R1 button.

Three different speeds can be selected at which the robot drives a car. Since the speed is controlled by a PWM signal, it is modified accordingly.

On the right in the menu of the app you can see the values with which the motors are controlled. The values appear when the PS4 controller is used to control the motors but also when the neural network makes its predictions when it has control over the robot car.

There are currently three neural networks available in the app which are already trained and can be tested.

With the drop down box you can select on which CPU or GPU the neural network should be executed. With my Samsung Galaxy S8 I had no choice because it only has a CPU.

I have a PS4 controller paired with my smartphone. To do this, press the two buttons “SHARE” and the “Playstation Button” on the PS4 controller at the same time. Afterwards the controller flashes very fast and on the Smartphone you can find the controller under Bluetooth devices. Click here to start the pairing. Afterwards you can control the robot car with the app or the smartphone. This is important to be able to control the robot car manually when you record training data later. 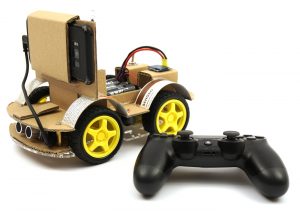 Now that it is hopefully clear how to use the app on the Android smartphone, the robot can drive the car autonomously. Very nice for the beginning are the first two neural networks that let the robot follow a person. It is important that the smartphone or the camera of the smartphone is aligned a bit diagonally upwards. In my model I had the camera aligned so that it looks straight ahead. The result is that the camera picks up a lot from the ground which is not really interesting. Therefore the smartphone should be aligned a little bit diagonally 5° – 10° upwards. Then all three nets should be able to use the picture quite well.

The mode for the neural network is activated as shown on the following screenshot.

With the software provided by the OpenBot project, the robot drives the car really autonomously and is controlled by the smartphone. Everything worked out fine for me and the feeling of success was immediate. So this is a really great project even for beginners. In the following articles we will try to record good training data and train our own neural network or improve the existing one with our own data. 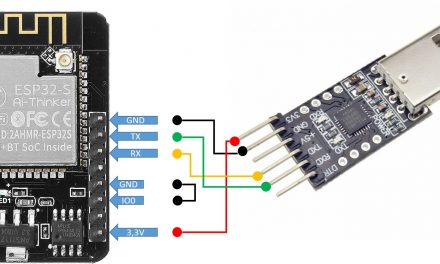 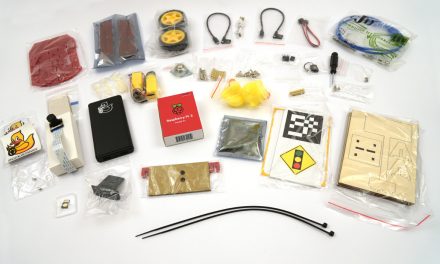 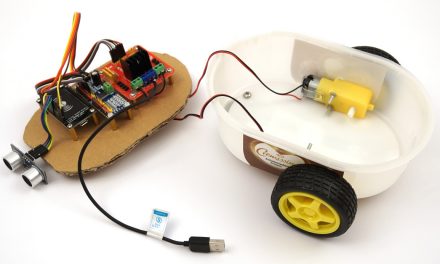 Building Robots with the ESP8266 Development Board – Wiring Part 2 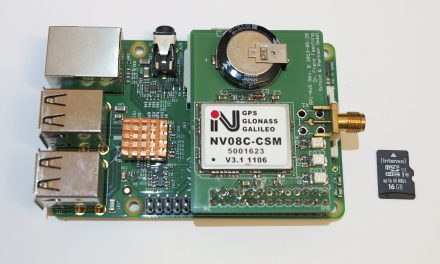