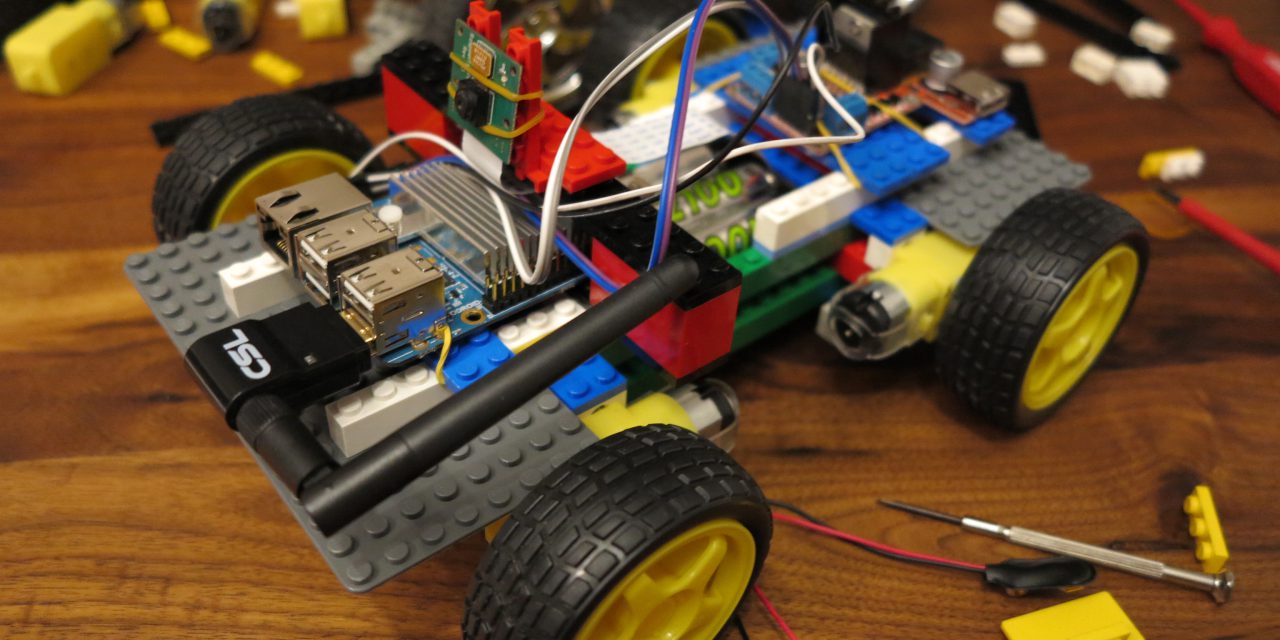 Almost everyone has played with LEGO® bricks or at least knows them. So the idea was born to build a robot car with a Raspberry Pi computer out of LEGO® bricks. Building the chassis from the building blocks was very easy. In my experience, it is important to have such flat LEGO® brick plates on which bricks can be placed again. To attach the yellow geared motors to the LEGO® bricks you need special bricks. Finding these stones was not so easy. The yellow motors are screwed directly to the stones. I had to order the appropriate components individually over the Internet in special online shops so that I could build my robot.

As a result I would like to introduce the LEGO® Racer of a friend of mine which he has built with his boys. 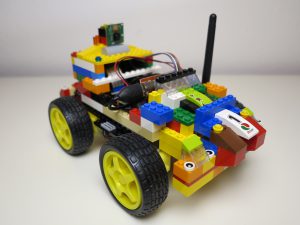 Of course there are also ready-made robot kits for the Raspberry Pi computer. But building  a model robot from LEGO® bricks is really a lot of fun. This is also the only way to implement your own ideas and become really creative.

My Raspberry Pi robot made of LEGO® bricks

This is a very early picture of my first robot built  from LEGO® bricks. The chassis is very flexible and very easily assembled from the building blocks. With additional stones the robot car can still be individually designed. Here the plug principle of the LEGO® bricks is simply great. 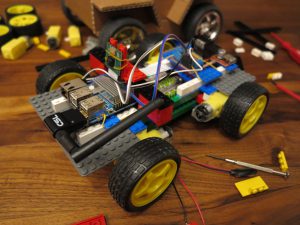 The next picture shows the remote controlled car with a W-LAN USB adapter for data transfer and the Raspberry Pi camera. All you need are a few building blocks for the chassis and the special stones to mount the gear motors. I have published detailed instructions in my book but at the moment only in German. This guarantees that the replica will work and the wiring of the electronic components will be child’s play. 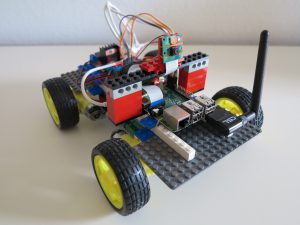 The following picture is a top view of the robot. Good to see are all the electronic components I have installed. So it is possible to build the remote controlled car based on Raspberry Pi and let it drive autonomously. You can also see the Raspberry Pi camera that I have attached to the top of the chassis on the big red LEGO® brick. 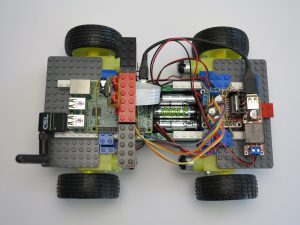 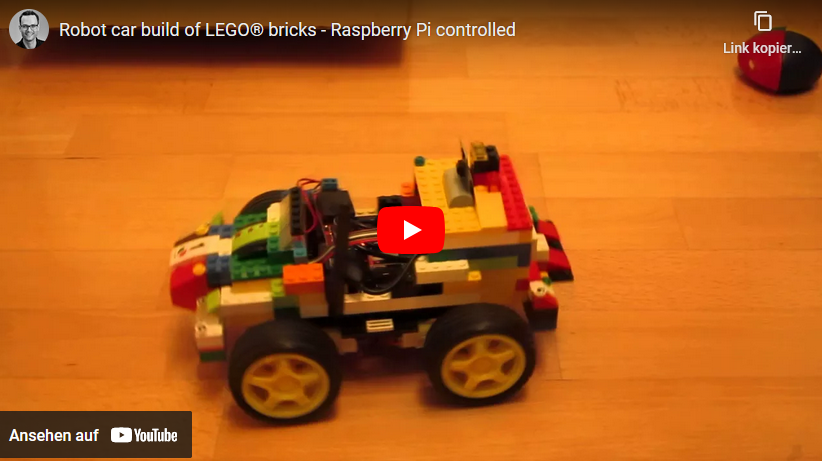 I have recorded some videos of my robot cars and uploaded them to YouTube. The following video shows the remote controlled car, based on a Raspberry Pi and LEGO® bricks, which a friend built with his boys.

Who knows LEGO® bricks and has them at home anyway, can build great robots with them. The Raspberry Pi is very well suited for controlling e.g. motors or for adding a logical control to the model. I had great fun building the remote controlled car with LEGO® bricks.

Declaration of exclusion:
“LEGO® is a trademark of the LEGO Group, but this website is not sponsored, authorized or endorsed by the LEGO Group. 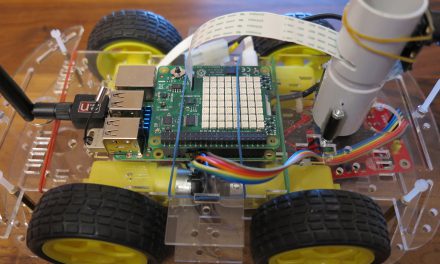 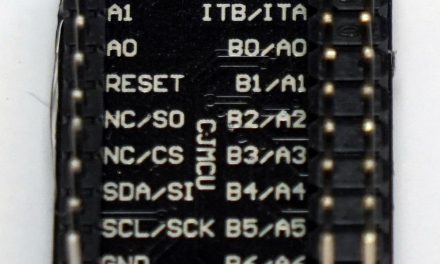 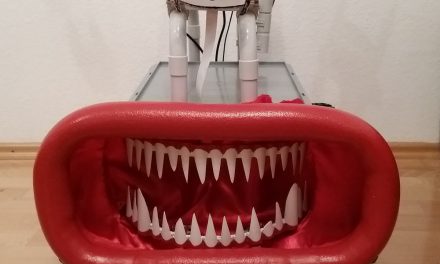