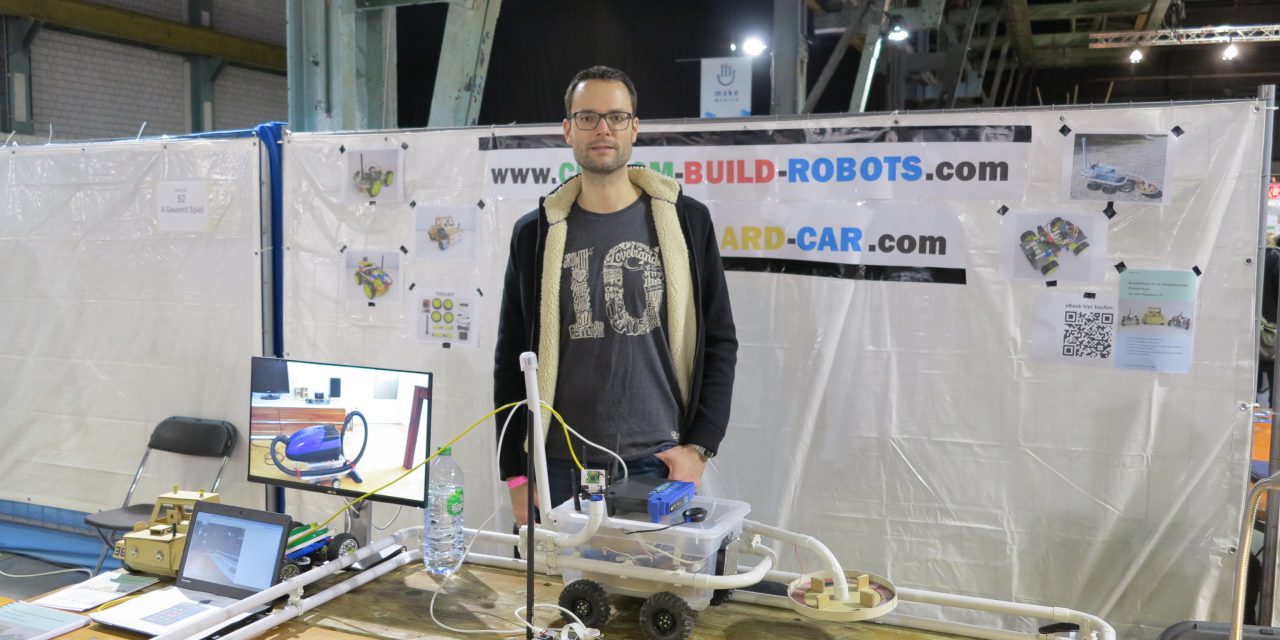 Make Munich is South Germany‘s biggest maker and do-it-yourself festival and a very varied too. The festival is located in Munich and the Makers are from Munich as well from other cities next to Munich or from other provinces. Some Makers from Switzerland as well presented their robots and software solutions. At the two-day event I presented my robot cars as well my E-Book in the lates version. The MakeMunich is your chance to see innovative, ecologically aware, technology-loving makers. They show off their culture and technology at booths, in talks, and during hands-on workshops. This year the MakeMunich was very big and located in a new location in the Zenith Hall in the northern of Munich not far away from the airport.

The following pictures are showing my exhibition booth and my robot cars as well myself. 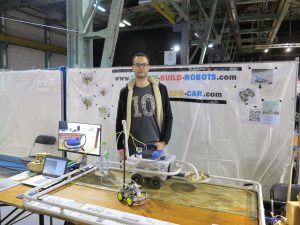 Custom-Build-Robots.com exhibition booth and me

The next picture shows my booth and my metal detector robot car and the acryl robot. 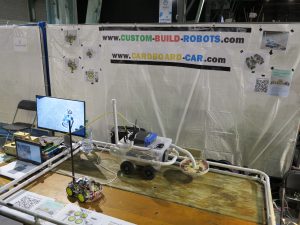 This tiny acryl robot car was the main attraction during my stay at the MakeMunich. 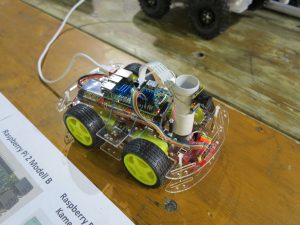 Some visitors in the front of my booth. 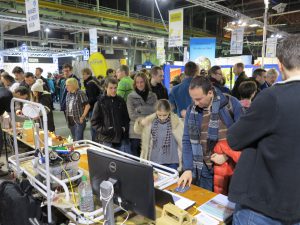 This is a video with some impressions from the MakeMunich 2016 I recorded during a walk over the maker festival.

A very big topic was 3D priting as every year. This was the biggist 3D printer I have seen so far. I asked my whife if we could throw out the coach and buy this cool 3D printer for our living room… 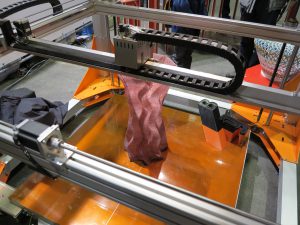 The printer was so coool… I loved it… 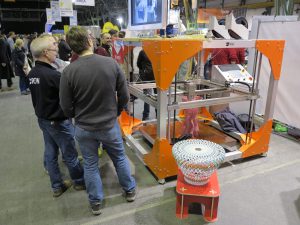 This was a very colorful filaments booth. Very nice how many colors are available now as filaments for 3D printing. 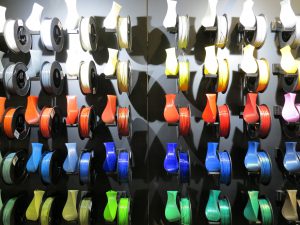 This was a very cool robot from a FabLab. It was a cocktail mixing robot which follows your or search you to mix your cocktail you ordered via an app on your smartphone. In the future it uses face recognition to find you and to bring your cocktail as requested. 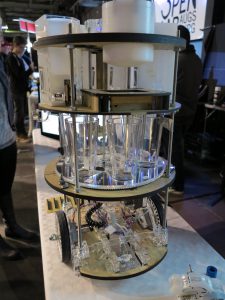 Some humanoid robots where playing football as well. At the moment some nerds where programming the robots I would say 😉 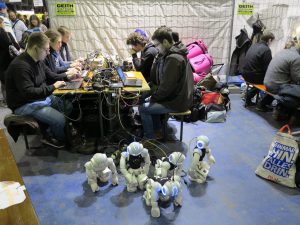 This was a funny robot creature following a black line. 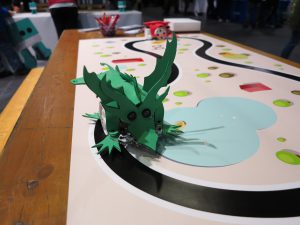 NoDNA the online shop was also at the MakeMunich presenting some robots and hexapods.

This is the link to the web site from NoDNA 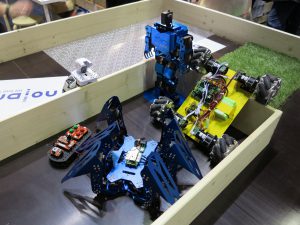 This robot cat was from Jinn Bot the Makers from Switzerland.

This is the link to the web site from Jinn Bot 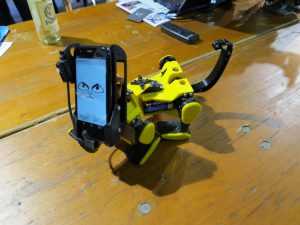 In 2014 Zoobotics presented their robots at the MakeMunich as well this year. I love this bots and how they are build. 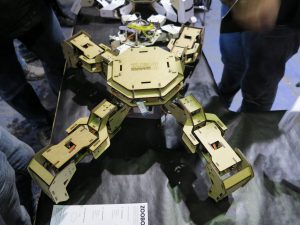 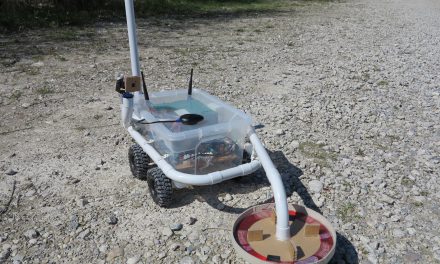 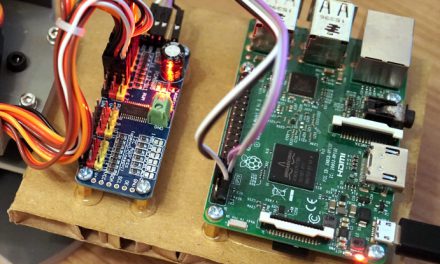 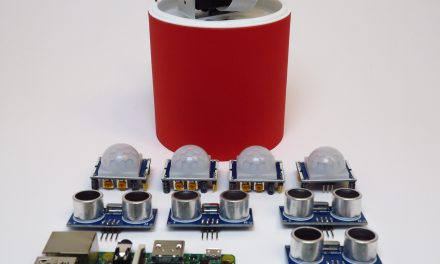 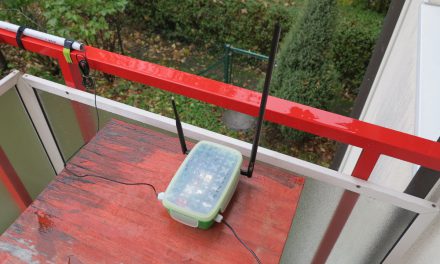